Oxygen levels in the world’s temperate freshwater lakes are declining at rates faster than in the oceans, according to new research from the University of Minnesota and Rensselaer Polytechnic Institute. It’s a trend researchers found is largely driven by climate change and land use, threatening freshwater biodiversity and the quality of drinking water.

In research published in Nature, the research team discovered that:

“Previous research has documented global declines in oxygen of oceans, or focused on individual lakes, but this project is the first to document dramatic loss of oxygen in the deep waters of lakes around the world.” says co-author Gretchen Hansen, assistant professor of fisheries ecology at the U of M’s College of Food, Agricultural and Natural Resource Sciences.

Researchers analyzed more than 45,000 dissolved oxygen and temperature profiles collected from 1941 to 2017 from nearly 400 lakes around the globe, including 84 lakes from Minnesota, including dozens of Metro area lakes, as well as Leech Lake southeast of Bemidji and Lake Itasca in southeastern Clearwater County.

Loss of oxygen in deep waters of lakes has a number of implications for biodiversity and ecosystem function, including: a loss of habitat for organisms that require cold, oxygenated water (including coldwater fish such as cisco, whitefish, and lake trout), the global greenhouse gas emissions, and nutrient biogeochemistry, which ultimately impacts human health.

“Minnesota is known for lakes with high water quality and these lakes contribute to local economies by supporting popular activities like fishing,” said Lesley Knoll, a freshwater ecologist and associate director at the University of Minnesota's Itasca Biological Station and Laboratories. “We expect to see that with reductions in deep water oxygen, coldwater fish habitat will be lost. Low oxygen environments can also alter nutrient cycles in ways that reduce water quality. Our research highlights how long-term changes in oxygen in lakes may ultimately cascade to people by threatening economic activity and human health.”

Although lakes make up only about 3% of Earth’s land surface, they contain a disproportionate concentration of the planet’s biodiversity. Lead author Stephen F. Jane with Rensselaer Polytechnic Institute (RPI) in New York says these changes are concerning both for their potential impact on freshwater ecosystems and for what they suggest about environmental change in general. Kevin Rose, one of the study’s co-authors and professor at RPI, agreed that the trend is concerning.

“The fact that we’re seeing increasing dissolved oxygen in those types of lakes is potentially an indicator of widespread increases in algal blooms, some of which produce toxins and are harmful. Nothing else we’re aware of can explain this pattern,” Rose said.

“Minnesota has been a leader in identifying the importance of coldwater, oxygenated habitat in lakes and working to restore and protect the watersheds of lakes to counteract these concerning trends,” said Hansen. “This research highlights the importance of that ongoing work for adapting to climate change.”

“We, along with our colleagues across Minnesota, are doing a lot to identify the importance of coldwater and oxygen in our lakes, but more work can always be done,” said Knoll.

As research continues, Knoll and Hansen, along with collaborators, were recently awarded a grant from the Midwest Glacial Lakes Partnership to examine in-depth the drivers of oxygen loss in Minnesota lakes.

The research was funded by the National Science Foundation and included work by dozens of collaborators in GLEON, the Global Lake Ecological Observatory Network. The work was based in universities, environmental consulting firms, and government agencies around the world. 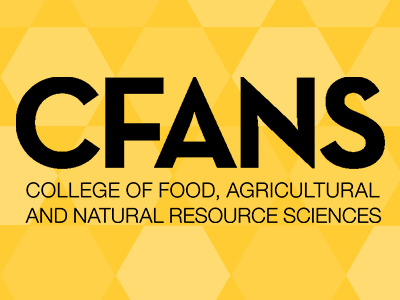 This research discovery came out of the Department of Fisheries, Wildlife and Conservation Biology in the College of Food, Agricultural and Natural Resource Sciences.