For over 130 years, the MAES has been providing support for both basic and applied research at the University of Minnesota to improve Minnesota’s agricultural and forest products, horticultural crops, human nutrition, family and community life, and environmental quality.

Federal Capacity Funds from the U.S. Department of Agriculture’s National Institute for Food and Agriculture (NIFA) provide vital support for a broad base of critically important research and extension programs that address local, state, and national issues. Each land-grant university across the United States receives these funds as an annual allocation. The following impacts statements represent a small sample of the research the MAES supports with its Federal Capacity Funds. 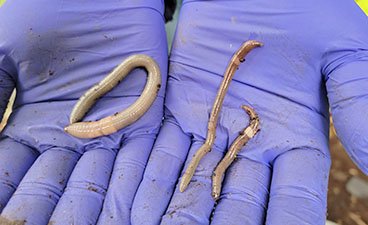 UMN researchers enlist citizens in the fight against jumping worms

An interdisciplinary team of University of Minnesota researchers is studying how jumping worms spread and impact our state’s ecosystems as well as developing techniques to manage jumping worms and minimize negative impacts. Citizen scientists are essential to tracking and preventing the spread of jumping worms across the state. Learn more about jumping worms research and how citizens can contribute. 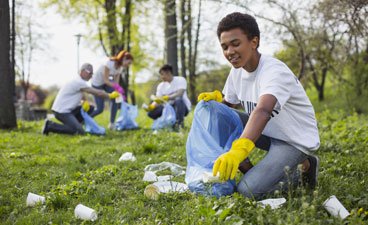 Growing North Minneapolis is a community-driven program which aims to build food, environmental, social and cognitive justice through sustainable urban growing and greening. Learning and career development are experiential and contextualized in real-world experiences related to the FEW nexus. Urban youth, predominantly of color and low socioeconomic status, are hired through a local workforce development program, and work together with UMN undergraduates and North Minneapolis community mentors to form intergenerational communities of practice. 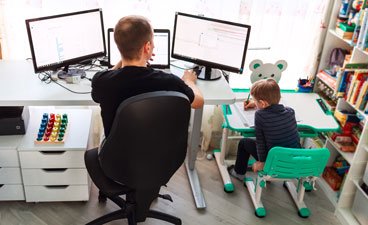 Originally launched in 2017, the Parentopia Project involves the design of a web-based application that complements parent learning and engagement through Minnesota’s ECFE program. As a closed platform, Parentopia.org can promote both class specific and site-wide discussion, private messaging, and general program information. In more recent years, the platform has expanded to additional school districts and enabled research with parents and staff to design technology as a hybrid for face-to-face interactions. Research has also identified the specific learning benefits to parents meeting in consistent groups and forming networks rich in social capital. 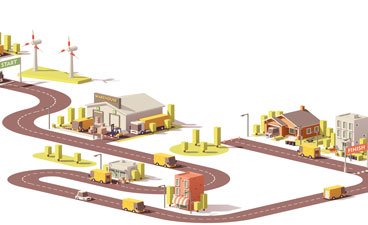 The COVID-19 pandemic disrupted food supply chains across the U.S. It is essential for our food system to provide adequate nourishment to the people and support the livelihood of people who supply food. In response, a multidisciplinary team of researchers and Extension specialists from five universities have partnered to generate science-based knowledge and resources to enhance preparedness of the U.S. food supply chains for future disruptions. 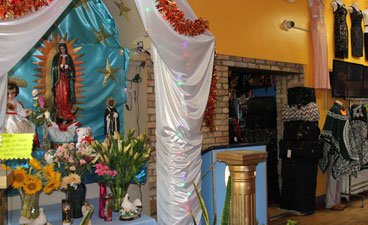 A collaborative research project has led to the creation of the Culturally Enriched Communities website, which fuses interdisciplinary research findings with design-related best practices that can be used to eliminate health, income, and educational racial disparities and strengthen the economic and cultural vitality of neighborhoods, cities, regions, and states. 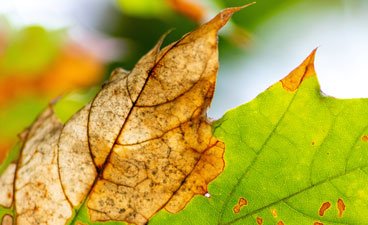 One of the key challenges of detecting oak wilt is how similar the symptomatic bronze or brown wilting leaves can look to signs of drought stress and other diseases. Finding infected trees in a large plot of forest land can be like searching for a needle in a haystack, especially when wilting is in its more subtle early stages. Using handheld devices, drones and airborne hyperspectral sensors, UMN researchers have been capturing the photons — packets of energy — reflecting off forest canopies. 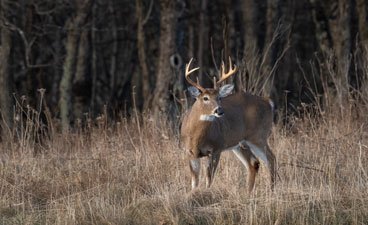 Over the last two years, researchers at the UMN have been working with several Minnesota agencies to facilitate surveillance and enhance our understanding of the risk for CWD spreading — a key concern for Minnesota legislators. In Minnesota, these partners include the Minnesota Department of Natural Resources (DNR), Minnesota Board of Animal Health (BAH), Minnesota Department of Agriculture, Minnesota Pollution Control Agency, several tribal natural resources agencies around the state and Extension specialists. 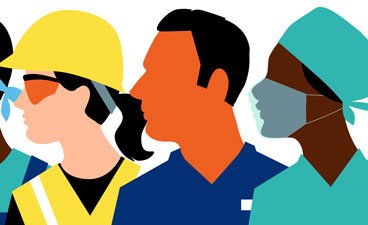 In 2012, UMN providers and researchers from the School of Public Health, Academic Health Center (Office of Emergency Preparedness), and Department of Family Social Science partnered with colleagues at the Minnesota Department of Health to develop an innovative self-care app for emergency responders in the field. In early 2020, they again refined the app as a simplified in-the-field tool for first responders engaged in responding to the COVID-19 epidemic. 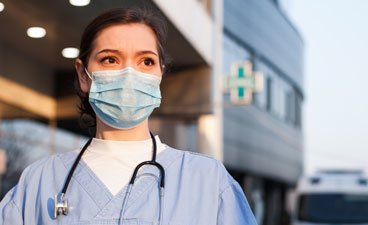 Early in the pandemic, concerns about N95 respirator shortages dominated the headlines around the world and there was an immediate need for safe alternatives that could also be quickly and effectively mass produced. But as supply chains stabilized, UMN researchers could focus on developing masks that not only block the virus but effectively kill it on contact. 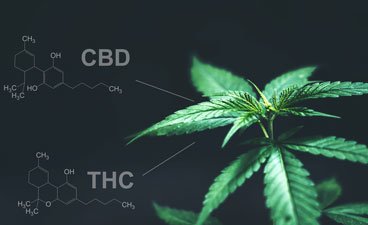 Previously, federal regulations prevented the study of cannabinoids and other illicit drugs, which made it difficult or even impossible to study the effects of these types of compounds. Notably, the FDA advises against the use of CBD, tetrahydrocannabinol, and marijuana during pregnancy or while breastfeeding, yet marijuana use during pregnancy is on the rise, likely because of perceived limited risks and changing social norms. A team of researchers at the UMN set out to close knowledge gaps related to long-term CBD safety and impacts by conducting a first-of-its-kind lab study on mice. 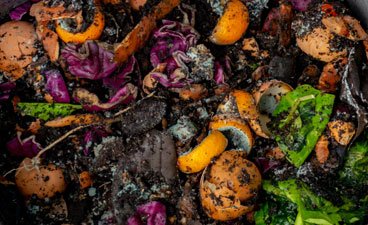 Previously, UMN researchers developed an anaerobic digester that handled another kind of waste — pig manure — but Twin Cities-based food bank Second Harvest Heartland was interested in seeing if such a system could help with the 1,500 tons of food waste, they discard to the tune of $200,000 annually. 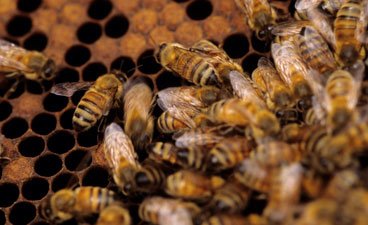 Colony collapse disorder (CDD) is a threat to the survival of honey bees and could significantly disrupt agricultural production. However, research into CCD is limited by the lack of in vitro cultures composed of honey bee cells. To address this limitation, UMN researchers at the Bee Lab and the Department of Entomology set out to develop a honey bee cell line that would support continuous culturing of the insect cells in order to develop a powerful tool to explore the process of infection and the negative impact pathogens may have on honey bee biology and health. 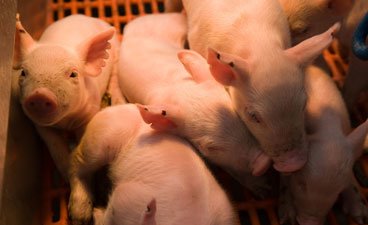 The microbiome in the gut or respiratory tract provides a protective layer against infectious diseases in swine. Thus, with microbiome research, researchers can determine how novel feed additives and management interventions work, by either enhancing the abundance of microbes that promote health and/or displacing those that cause disease. Even though microbiome research in swine production systems has shown an altered microbiome in poor performing or sick pigs, we need more studies that better characterize the systematic changes in microbiome diversity over time (from birth to after weaning) to predict health and performance outcomes. 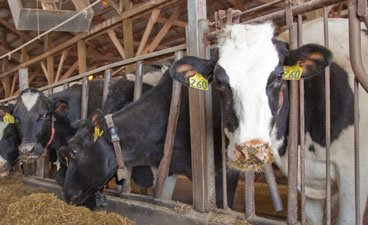 Over the past five years, UMN researchers in the College of Veterinary Medicine have spearheaded a project that selects cows for dry cow therapy. Selective dry cow therapy (SDCT) is an approach whereby only those cows or quarters with a known or suspected intramammary infection are treated with antibiotics at dry off. 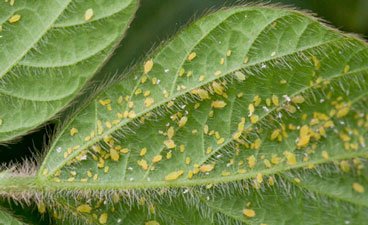 Since 2016, the Minnesota Invasive Plants and Pests Center has helped fund a team of research and Extension soybean specialists to explore two ways to help Minnesota soybean farmers deal with soybean pests--especially soybean aphids. The first is focused on developing aphid-resistance soybeans and the second is exploring the use of drone technology to help with pest scouting. 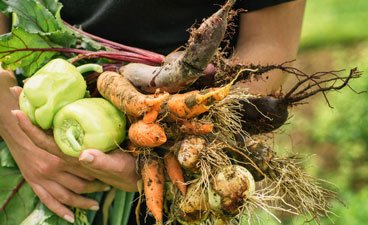 With the ultimate goal of developing more sustainable food production systems, UMN researchers explored plant-soil-microbe relationships driving soil fertility in organic systems. To do this, they developed a farmer-driven project to investigate the role summer cover crops can play in enhancement of soil nutrients and overall health when grown for short periods of time. Significantly, they partnered with a variety of immigrant farmer grower groups for on-farm studies and shared their soil health information directly with producers. 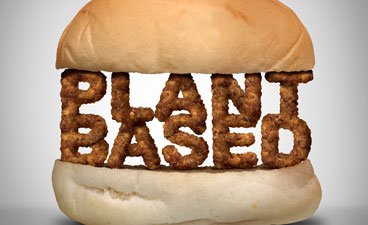 Currently, pea protein is mass produced in a way that can alter its native structure, thus reducing its functionality in food applications. In order to make pea protein competitive with soy protein, researchers at the Plant Protein Innovation Center focused on finding ways to optimize both the conditions used for pea protein extractions and for functionalization, to produce pea protein isolates (PPI) with high protein purity, preserved structural, and enhanced functional properties. 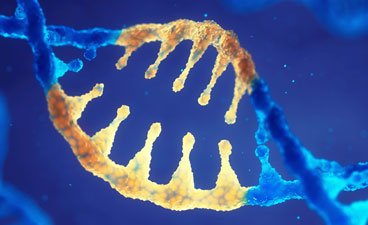 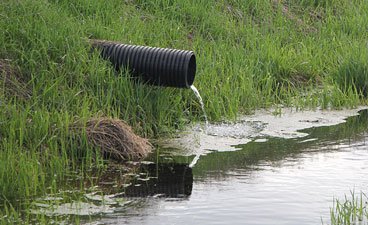 Researchers at the Southwest Research and Outreach Center in Lamberton, Minn., wanted to understand the individual and cumulative impacts of multiple, integrated best practices on water quantity and water quality in order to meet nutrient load reduction goals. In particular, researchers were interested in evaluating the response of in-field, edge-of-field and beyond-the-field/in-stream management practices on water quantity and water quality for a small watershed and upscale these results to watershed scale. 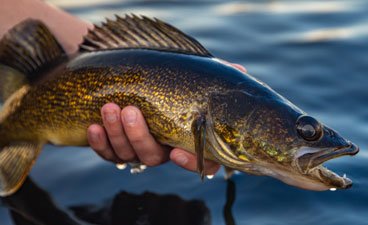 Hundreds of Minnesota lakes are infested with zebra mussels or spiny water flea, two aquatic invasive species (AIS) that have a significant impact on lake ecosystems. Researchers know both species reduce a lake’s zooplankton — an important food source for young walleye — but there is limited research on how that translates up the food chain to larger species, including Minnesota's favorite, walleye.